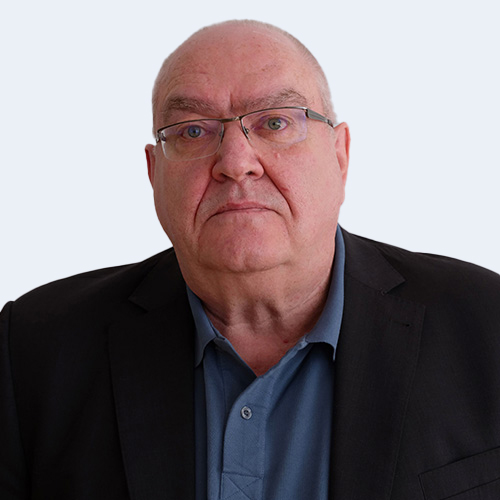 Since 2021 Dr. Thomas Fischer has been with the law firm of Gauweiler & Sauter as of Counsel in all areas of criminal law and criminal proceedings law. Among other responsibilities, he acts as criminal defense lawyer and also as expert witness particularly in cases where especially complex issues of criminal law must be resolved.

Prof. Fischer pursued German studies from 1976 to 1978 at the Goethe University Frankfurt. From 1980 to 1984 he studied law and from 1988 to 1991 sociology at the University of Würzburg. In 1986 he earned his doctoral degree of doctor juris utriusque with his dissertation entitled “Öffentlicher Friede und Gedankenäußerung” (Public peace and free speech) under Prof. Ulrich Weber.

In 1988 Prof. Fischer joined Bavaria’s judicial service and worked as criminal judge in the local courts of Ansbach and Weißenburg. From 1993 to 1996 he was judge at the district court and presiding judge at the district court Leipzig and headed the Schwurgericht (criminal chamber of the regional court) division there. Starting in 1996 he headed the unit for criminal proceedings law as undersecretary in the Saxony State Ministry of

In 2000 Prof. Fischer was elected and appointed judge at the Federal Court, a position he held until the end of April 2017. There, Prof. Fischer was presiding judge of the second criminal division (starting in 2013) and member of the Grand Criminal Panel (starting in 2008). In addition, from 2003 to 2005 he worked as investigating judge. From 2007 to 2011 he was a permanent advisory member of the Federal Disciplinary Tribunal.

In professional circles Prof. Fischer is renowned for his numerous publications, in particular for the commentary on the German Criminal Code he authored, which is the standard work on criminal law and has been in print since 1999 (49th edition). In addition, he is co-editor of the NStZ and the medstra and, since 1993 (3rd edition), coauthor of the “Karlsruher Kommentar zur Strafprozessordnung“ (Karlsruhe commentary on the Code of Criminal Procedure). Moreover, Prof. Fischer is renowned as author of a weekly legal column that was published in the Zeit from 2015 to 2018, and since 2019 has appeared in the Spiegel.

A list of all his publications, books, and articles as well as interviews and podcasts can be viewed at https://www.fischer-stgb.de.

This website uses cookies to improve your experience while you navigate through the website. Out of these cookies, the cookies that are categorized as necessary are stored on your browser as they are essential for the working of basic functionalities of the website. We also use third-party cookies that help us analyze and understand how you use this website. These cookies will be stored in your browser only with your consent. You also have the option to opt-out of these cookies. But opting out of some of these cookies may have an effect on your browsing experience.
Necessary Always Enabled
Necessary cookies are absolutely essential for the website to function properly. This category only includes cookies that ensures basic functionalities and security features of the website. These cookies do not store any personal information.
Non-necessary
Any cookies that may not be particularly necessary for the website to function and is used specifically to collect user personal data via analytics, ads, other embedded contents are termed as non-necessary cookies. It is mandatory to procure user consent prior to running these cookies on your website.
SAVE & ACCEPT
Go to Top